Portraits of Professional Caregivers: Their Passion Their Pain 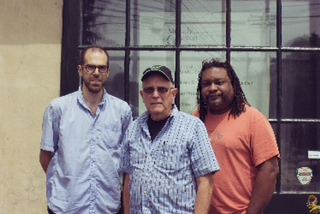 Vic Compher, Director and  Co-Producer
Vic is a filmmaker, licensed clinical social worker, workshop trainer, and author. His most recent documentary is an intergenerational portrayal of remarkable older adults sharing their dramatic stories of peace and justice with young people. Broadcast on WYBE’s public television series, “Philadelphia Stories”, this film has been screened in a variety of venues and by several film festivals, including the New York Independent International Film and Video Festival of 2011.
See: http://.icannotbesilent.com

Rodney Whittenberg, Co-Producer and Composer
Rodney is an Emmy Award winning modern “renaissance man.” His interests and professional endeavors are broad ranging from full-length film production to music composition. He is fascinated by discovering what makes things tick and how to creatively intersect with them, whether it is the inner vision of his clients or new ways to use the latest technical advances.

Tim Fryett, Film Editor
A graduate of the fine arts program of the University of PA, Tim is currently a graduate student in film at Northwestern University in Chicago. He has been the videographer and editor of a number of documentary projects and provided art education to youth in Philadelphia. He is the chief editor of “I Cannot be Silent: Testimonies of Peacemaking”

Introducing the Advisory Board

Betty Lee Davis, PhD, LCSW
is a licensed clinical social worker who provides trauma-informed treatment to children, adolescents, and their families in outpatient and community based settings. She specializes in grief support for mothers whose children have died as a result of violence; in addition, she has advocated successfully at the legislative level in Pennsylvania for policy that will declare youth violence a public health epidemic requiring public health intervention and mandating statewide trauma-informed education.

Donald M. Friedman, MD
currently teaches at Jefferson Medical College where he helps students explore the healing potential of the doctor-patient relationship and the role of compassion, empathy, and attentive listening skills in patient care.  Interested in spirituality and healthcare, he writes a column on aspects of this topic for www.jewishsacredaging.com  In his teaching, he stresses the role of emotional and spiritual factors in illness and wellness and is attuned to ways in which the medical provider can sustain one’s own emotional health and stamina, including the use of humor. Dr. Friedman received his medical degree from the University of Pennsylvania School of Medicine and trained in Internal Medicine at Rhode Island Hospital and Hahnemann Hospital in Philadelphia.  He was Chief of the Section of Rheumatology at Crozer-Chester Medical Center in Chester, PA for 28 years.

Robert Groves,MA, MPH,
has 40 years experience in health and human services. For 25 of those years he held CEO positions with the Health Promotion Council of Southeastern Pennsylvania and Philadelphia Senior Center. He holds masters degrees in Urban Studies (University of Wisconsin-Milwaukee) and Public Health (University of Massachusetts). Bob received The Merit Award from the Pennsylvania Public Health Association for innovative approaches to public health problems and the Individual Award in Public Health from the Philadelphia College of Physicians. As a volunteer, he teaches a course on human rights, has blogged for the Philadelphia Social Innovations Journal on aging health and service issues. He also volunteers with the Center for Literacy, serves on the board of directors of several non-profit organizations and is a consultant with LaSalle University’s Executive Service Corps.

Katherine K. Kinsey, PhD, RN, FAAN,
has significant expertise in public health, urban health, health disparities, program evaluation, HIV/AIDS prevention, women’s health, home health, and health sciences/nursing education. Presently, she is the Administrator of the Philadelphia Nurse-Family Partnership (NFP) program, the administrator of the Mabel Morris Early Childhood Home Visitation Program, and involved with First Steps which targets underserved, urban families with one or more children suspected of or recently diagnosed with Autism Spectrum Disorder. Dr. Kinsey is recognized for grantsmanship and has been awarded more than 30 million dollars in federal, state, city and foundation grants. She serves on several non-profit boards and is a consultant to community non-profits and public health nursing faculty across the nation.

Katherine C. Maus,MSS, ACSW, LSW,
a graduate of the Bryn Mawr College Graduate School of Social Work and Social Research, has worked for the past 35 years in the maternal and child health and child welfare fields in both public and private agencies in Philadelphia. Her work has included services to families experiencing child abuse and neglect, families caring for children with serious chronic health conditions, and mothers with substance use disorders caring for newborns. She has been actively involved for the past five years promoting trauma-informed practice in public health and child welfare in Philadelphia. Kate is a past chairperson of the Philadelphia Division of the Pennsylvania Chapter of the National Association of Social Workers and was recognized as the Pennsylvania NASW Social Worker of the Year in 1995.

Leslie Lieberman, MSW
is the director of Multiplying Connections whose mission is to build and sustain a trauma informed system of services for young children and their families in Greater Philadelphia. She has more than 20 years of experience designing, implementing, and evaluating award-winning health care programs for children and families. She created a multi-level program for childhood injury prevention; and she directed the “Born Free Project” in Contra Costa County, California, one of the nation’s first perinatal substance abuse intervention programs which integrated substance abuse services with routine prenatal care. Leslie built and led Kaiser Permanente’s Northern California Early Start Program, a nationally recognized model of care for pregnant women at risk of substance abuse. She has presented at numerous national conferences, provided training and published on topics ranging from building effective coalitions to integrating behavioral health and primary care.